Playmobil Pirate Village by the Sea

A village of merchants, fishermen, ship builders and other tradesmen is regularly visited by sailors and pirates. Residing on an elevated platform that acts as a wharf with lower level docks and an upper level pier, the village is policed and regulated by imperial soldiers who have an on-going presence and are always on the lookout for illegal dealings and subversive behavior. The village is comprised of four primary buildings. There’s the tavern that serves a variety of drinks and food, mostly from the sea. Next is the supply store that sells and barters various goods, equipment and weapons. A shipbuilder and blacksmith works in his large workshop repairing boats and constructing a range of items. Finally, there’s the office of the imperial caption who is responsible for overseeing the welfare of the village and to whom all visiting ship captains must report and pay mooring and cargo-related fees. 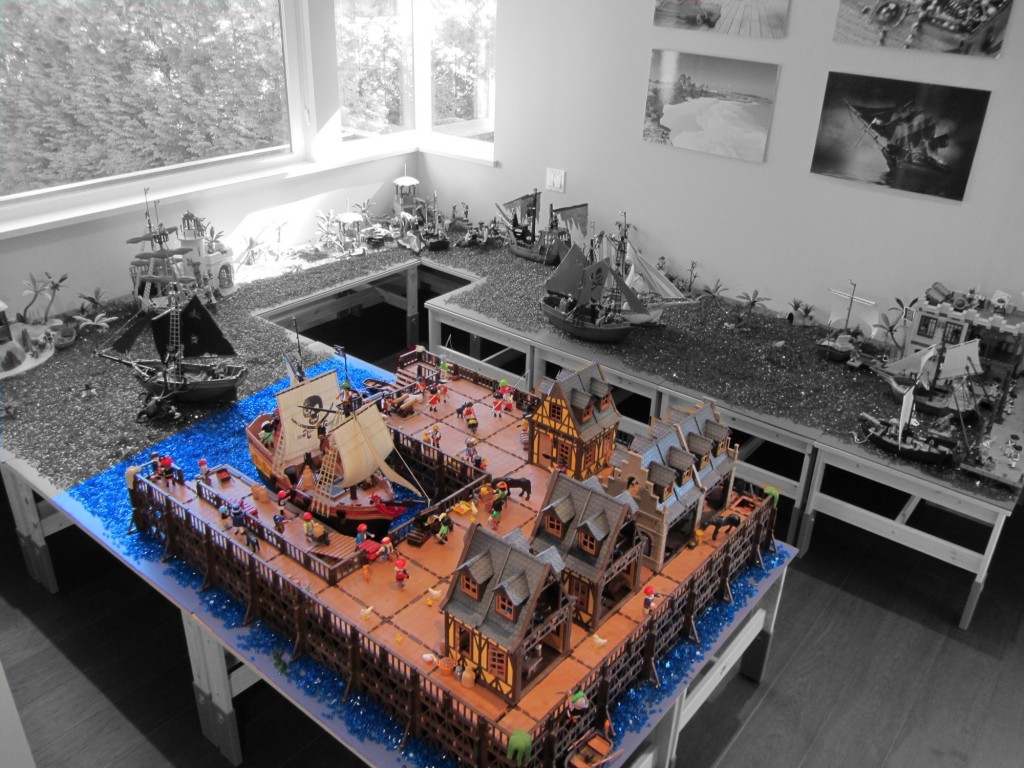