North of the Pirate Village by the Sea is an island well-known to pirates and explorers. It has caves in which various bands of pirates have stored ill-gotten gains which have, in turn, sometimes been found and looted by others. The island itself has been used as a base for pirates who have temporarily inhabited it to regroup after failed raids or to plan new ventures. However, beyond its convenient location near the village, there are stories abound of yet undiscovered, century-old treasures and artifacts that are still hidden deep in the island caves. Some pirates have even obtained treasure maps that lead to different locations on this island. Similar stories also exist of dangerous sea creatures that roam near the island. Some say that these are ancient creatures that continue to guard some of the older artifacts still buried within the caves. A large octopus in particular has recently been wreaking havoc. The gazebo with the hammock at the top of the little hill on the island is a good location for keeping an eye on activities at the lighthouse to the east. The Lighthouse Guard Station acts as an outpost for a troop of Spanish soldiers who use it to dock their ships en route to the Pirate Village by the Sea or to the Imperial Soldier Station & Pirate Prison for various diplomatic and trade missions. 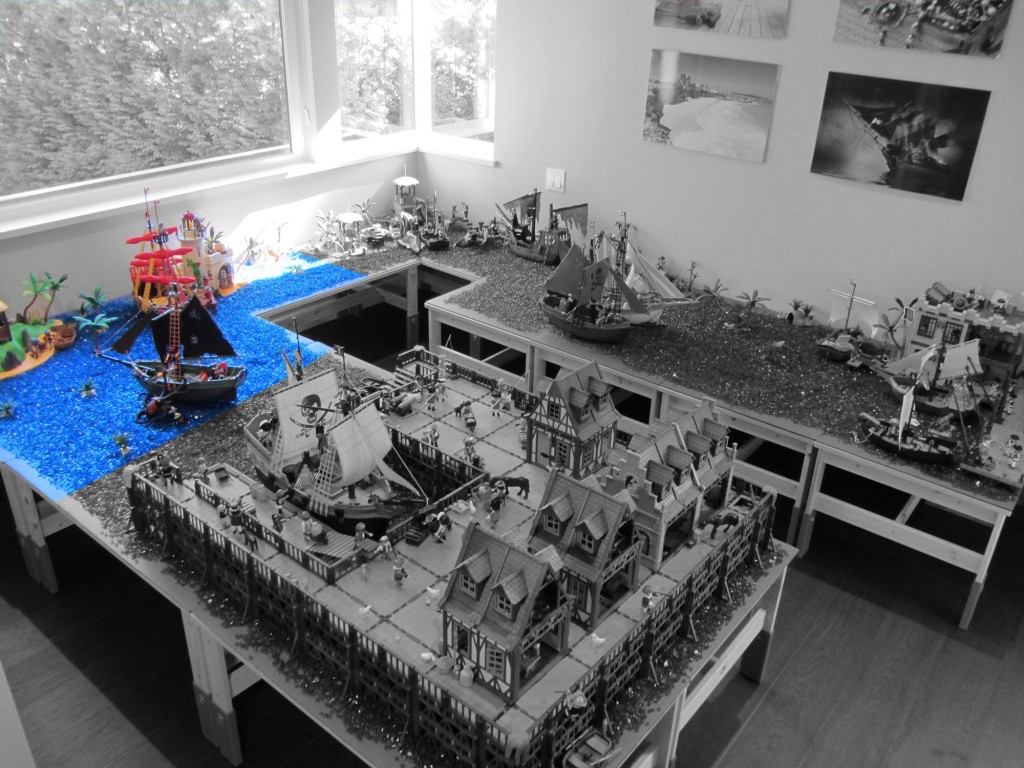 Pirate Village by the Sea A village of merchants, fishermen, ship builders and other tradesmen is regularly… The Making of the Pirate Village by the Sea The village buildings reside on a large platform that rests on a… Pirate Ship Raid & Ghost Pirate Attack Spanning from the north east to the south east region of the sea… Imperial Soldier Station & Pirate Prison The Imperial Soldier Station & Pirate Prison is strategically positioned in the south…