The Imperial Soldier Station & Pirate Prison is strategically positioned in the south part of the sea. Occupied by blue coat soldiers, this station is used to monitor vessel activity and act as a fortified guard and trading station. In addition to acting as the regional barracks for blue coat soldiers, it also contains two prison cells generally used to temporarily house prisoners en route to destinations or incarcerated for local wrongdoings. The top cell currently houses a notorious pirate who is constantly shouting at the guards pleading them to remove the skeleton of the cell’s previous occupant.

The station is hub of activity. In addition to military traffic, such as patrols and troop and weapon shipments,  it receives regular visitors looking to buy, sell or trade goods. Currently, there are three boats docked, all on trading missions. The first, at the west-side dock, is a boat bearing a prominent red pirate symbol on its sails. The sailors want to trade treasure they’ve found for other goods; however, their conspicuous sails have drawn the attention of guards who greet the sailors with drawn weapons. One of the sailors walks on to the dock to explain that they are in fact not pirates. They only use these sails to avoid becoming the target of a pirate raid. The guards listen to the story, but are doubtful. They will require further proof that what the sailors want to trade with are not stolen goods. If they determine otherwise, the sailors will likely be jailed.

The second boat is captained by a red coat soldier seeking to purchase supplies for a distant red coat soldier station. While blue coat soldiers help load the supplies, the red coat captain’s shipmate has secretly climbed along a south wall to the station’s roof-top battlement in order to spy on a troop deployment planning session between two red coat generals. On the north east side of the Imperial Soldier Station, a smaller boat is docked with another red coat soldier looking to sell a case of muskets. 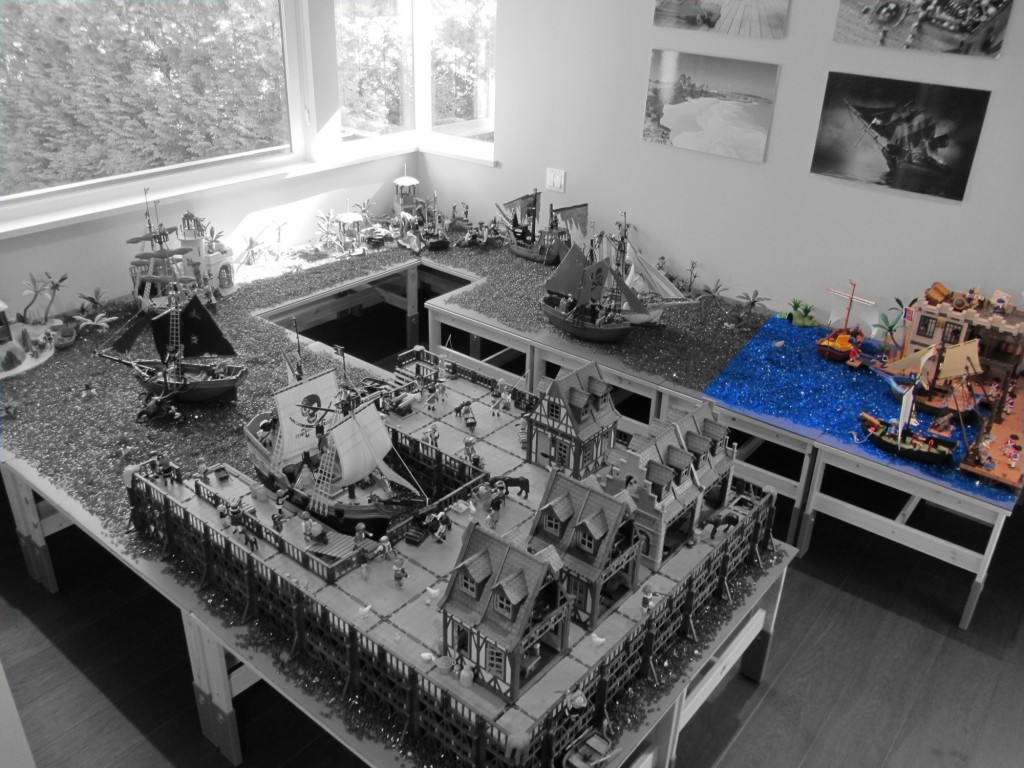