This village is located on the south-west side of the central lake and falls under the jurisdiction of the Royal Castle. The towns people are accustomed to daily visits by off-duty knights and inhabitants of the Black Lion Castle region. Various travelers from other areas connected by the large central lake also visit or pass through the village.

A guard tower and guard station stand near the village entry point, by the lake shore. The local guards are responsible for policing the village and surrounding farms, mostly patrolling for bandits or disorderly conduct. These city guards report to the Royal Knights that operate out of the Royal Castle located across the lake, in the south-east region. Royal Knights who underperform or are otherwise reprimanded for misconduct are often, temporarily or permanently, demoted to city guard duty.

North of the guard station is the local bakery and the blacksmith’s workshop. To the west is the tavern (the elevated yellow building) and a large stable for housing and loaning horses. The farm house and barn reside on the far north side of the village perimeter. These and other nearby farmers supply market merchants, the tavern and nearby castles with various farm goods.

A short boat ride south of the village is a small island that is home to the Baron, who lives in a tall tower that was built long before the village existed. The Baron’s family once ruled these regions, but now the Baron owns only this tower, which remains under the watch of the Royal Knights.

Most featured items were purchased through Playmobil Canada and the following eBay vendors from which we were able to find the more hard-to-find items (in alphabetical order): 2010toddie70, klickyparts, playmocase, playmo-world, sugie30 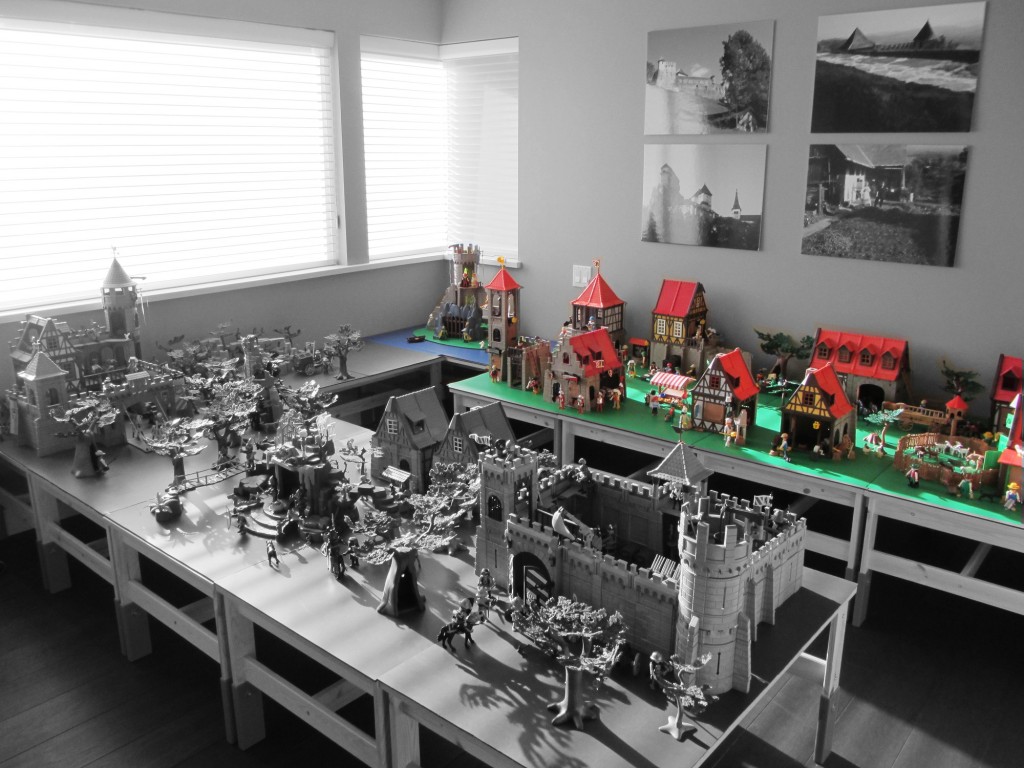 Other Projects in the Medieval Play World

Black Lion Castle & Ancient Temple The Black Lion knight empire has been in existence for two centuries,… Royal Castle & Wolf Clan Years ago, these lands were overrun by a large group of organized…