The Black Lion knight empire has been in existence for two centuries, steadily growing and expanding. With over a dozen castles under their rule, they have amassed a significant army. Through on-going scouting, they have been well-aware of the Royal Knights’ activities. It took time for the Black Lion knights to arrive in this region, primarily because their troops had been engaged in other campaigns. Eventually, they did set their sights on the Royal Castle. However, instead of a prolonged siege against the castle, Black Lion knight armies gathered at the perimeter of the Royal Knight’s kingdom and proceeded to construct an outpost in the form of a small castle. Regular skirmishes occur between the royal and Black Lion knights as speculation continues to grow that after a sufficient amount of reconnaissance the black lion knights at the outpost will be joined by a larger army for an eventual siege on the Royal Castle.

South of the Black Lion Castle, near the well, are two green tudor buildings occupied by peasants that serve the Black Lion knights. The first is a field hospital and the second is make-shift tavern. Further south is a mysterious, ancient temple. Often unoccupied, this structure was mostly ignored by the Royal Knights during the first few years of their stay. However, recently there has been activity in and around the temple that has caught the attention of both Royal and Black Lion knights. Rumor has it that the temple is being used by a cult worshiping a dragon-like deity, and that its leader draws magic powers from an ancient orb that can create a portal to a dark realm where dragons exist in a chaotic kingdom of feuding Dragon Knights. 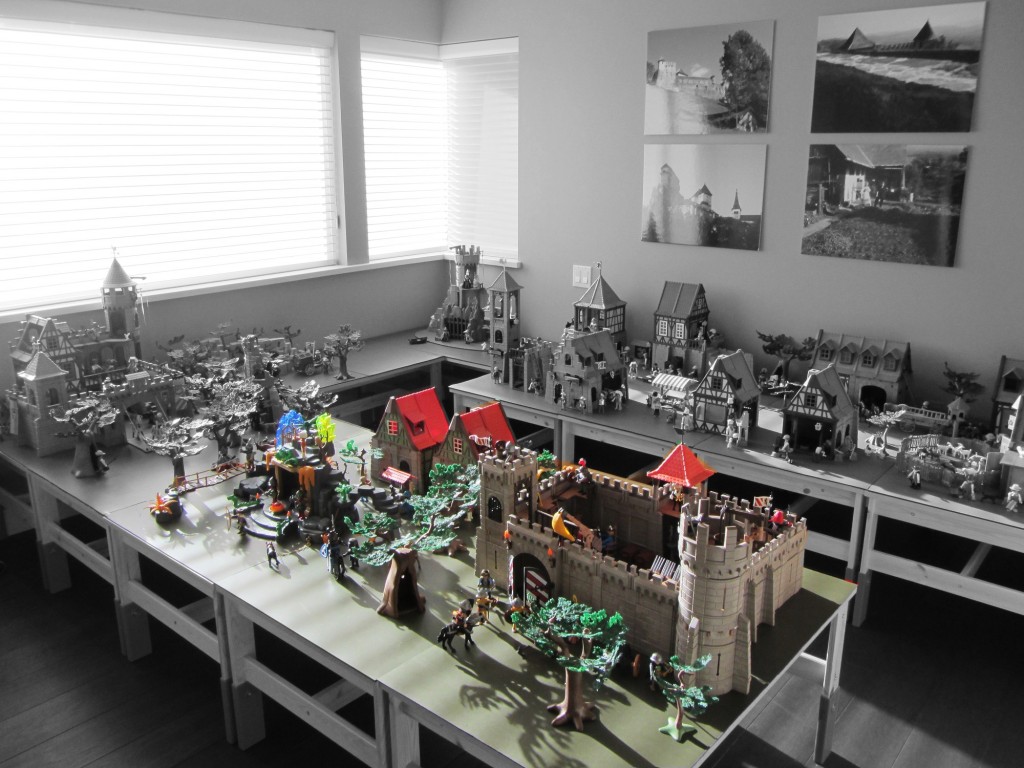 Other Projects in the Medieval Play World

Medieval Village & Farm This village is located on the south-west side of the central lake and… Royal Castle & Wolf Clan Years ago, these lands were overrun by a large group of organized…