This play world was comprised of three regions, each with its own medieval fantasy environment and scenarios. Each region is relatively distinct; however, all regions share a common cultural link to dragons. The Dragon Knight region exists in its own realm, which is why, in the play room, it was physically separated from the Asian Knight Outpost and the neighboring Falcon and Lion Knight regions. Although the gallery photos for these building projects mostly depict battle scenes, the Dragonland Play World lent itself well to adventures focused on exploration, trading and even diplomacy. 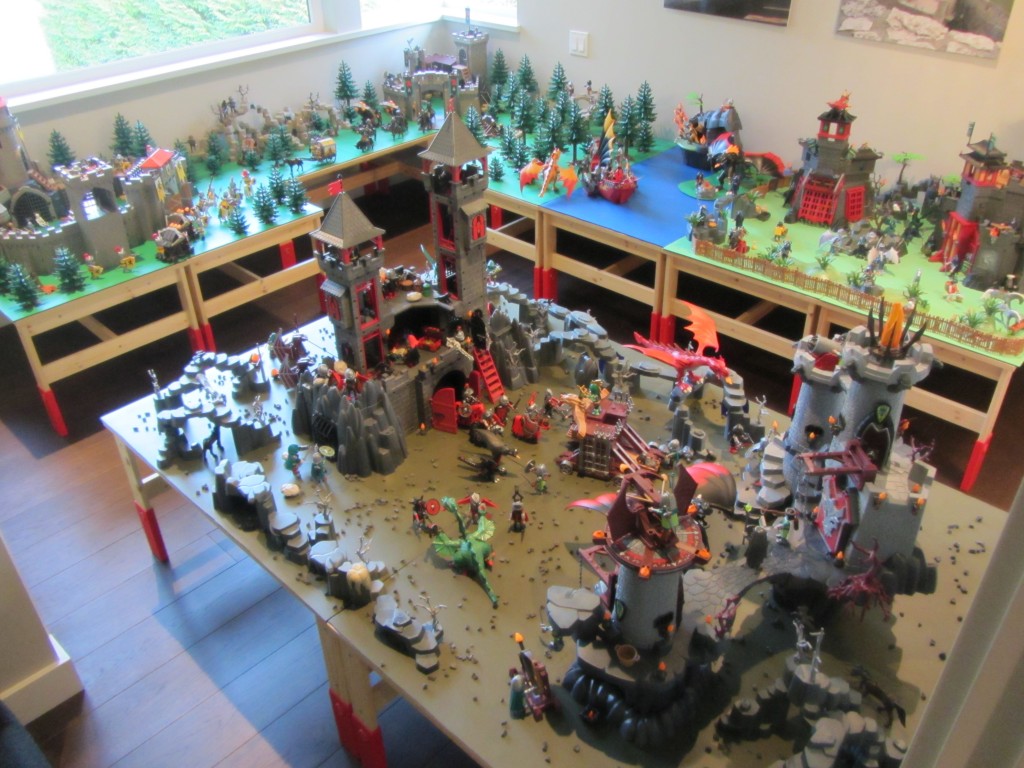 Dragon Knight Feud In a distant realm there lies a desolate and treacherous land. Its… Asian Knight Outpost On a distant continent lies the large Asian Knight kingdom, an empire… Lion and Falcon Knights Battle The Lion Knight empire was traditionally a dominant presence in these lands,…