In a distant realm there lies a desolate and treacherous land. Its earth, decorated only by rough terrain, is barren and scorched from centuries of occupation by different species of fire-breathing dragons. Several decades ago, this land was occupied by a cult led by a dark wizard. The cult worshipped the dragons and held many rituals that openly displayed the power of the dark wizard’s magic. This attracted many others to the cult, and as it grew, so did the dark wizard’s strength. The wizard eventually took on several apprentices who further helped develop and spread his magic. Over time, deep connections were made with the dragons themselves and the ability for the wizard and his apprentices to communicate with the them led to the opportunity for younger dragons to be trained and bred.

The incorporation of dragons into the community was initially greeted with enthusiasm, as it was seen as a realization of the dragon cult’s ideals. However, unbeknownst to the cult, there existed fierce and deadly rivalries between red and green dragon species. Once both types of dragons joined the community, it wasn’t long before violent outbursts between some dragons became commonplace. Tensions among the group of apprentices also grew, as some had formed connections with red dragons and others with green ones. Eventually, it became clear to the dark wizard that he had to choose one species of dragon over the other in order to preserve his cult. After announcing that the red dragons would become the sole official species welcomed into the cult, the green dragons withdrew in anger and were followed by those apprentices that had originally brought them into the community. Over the following months, many other cult members left the dark wizard’s red dragon cult to join the green dragon faction which was being led by an apprentice turned self-proclaimed wizard.

The red dragon cult made several failed attempts to eradicate the green dragon faction, which allowed it to grow and evolve into a full-fledged green dragon cult with its own rituals and beliefs. As confrontations between the two cults increased in frequency, the use of weapons to resolve conflicts became more common, leading to the development of dragon knight armies and fortified towers and castles on both sides. The Red Dragon Knights, still being led by the aging dark wizard, continue to feud with the Green Dragon Knights to this day. With the size of both armies increasing and the power of the respective wizard leaders growing, there is no end in sight to this on-going feud.

Most featured items were purchased through Playmobil Canada and the Toy Jungle. 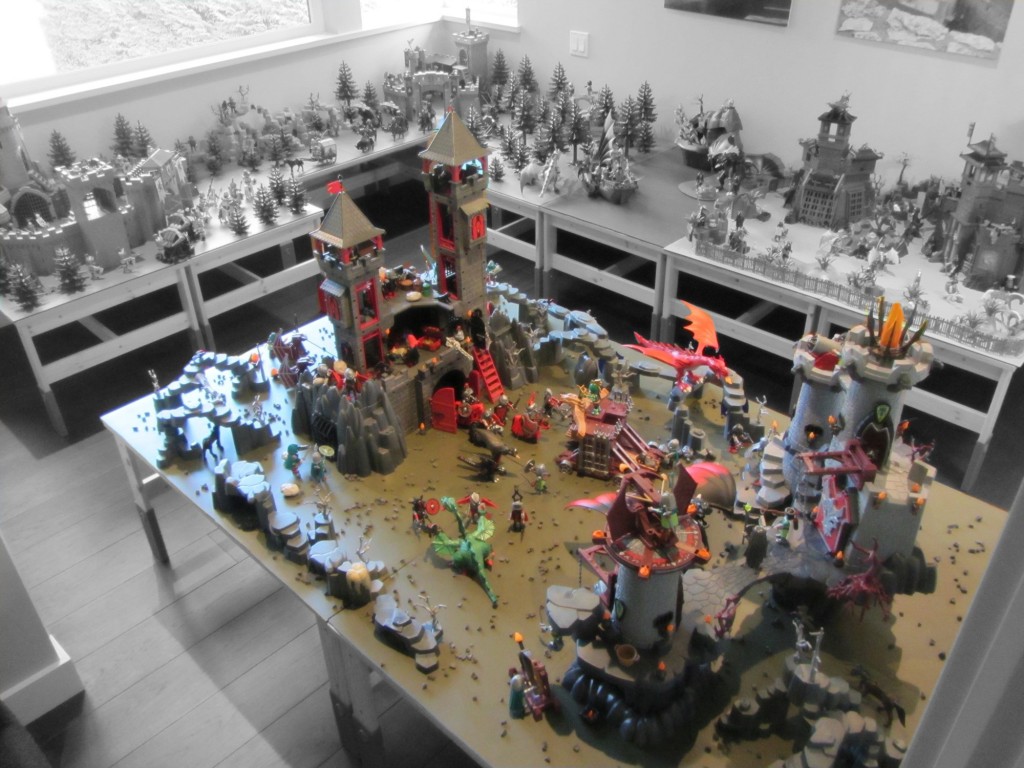 Asian Knight Outpost On a distant continent lies the large Asian Knight kingdom, an empire… Lion and Falcon Knights Battle The Lion Knight empire was traditionally a dominant presence in these lands,…