On the north side of the Red Rock Plains lies an Indian Village inhabited by a small tribe that has occupied these parts for generations. Over the years there have been many skirmishes between Indians out on hunting or scouting expeditions and various bandits and outlaws. However, relations between the Indian tribe and the various miners that operate throughout the north side have always been amicable. In fact, guides from the tribe originally led miners to several of the more successful gold mining locations, including the well-known Mclaran’s hard rock gold mine located precariously near the edge of the dangerous Red Rock Plains. The Indian Village extends to the shore of the North River, along which several placer miners roam to pan gold collected through the use of hand-made sluice boxes. A small island on the North River also used by placer miners is home to the northern-most hard rock mine.

The North River is the end of the line for the Pacific Railroad train, as the railroad continues along the West side of the Indian village, right up to the river shore. Though not officially a train station, the train does make an hour-long stop before it starts its return trip to the Western Town. 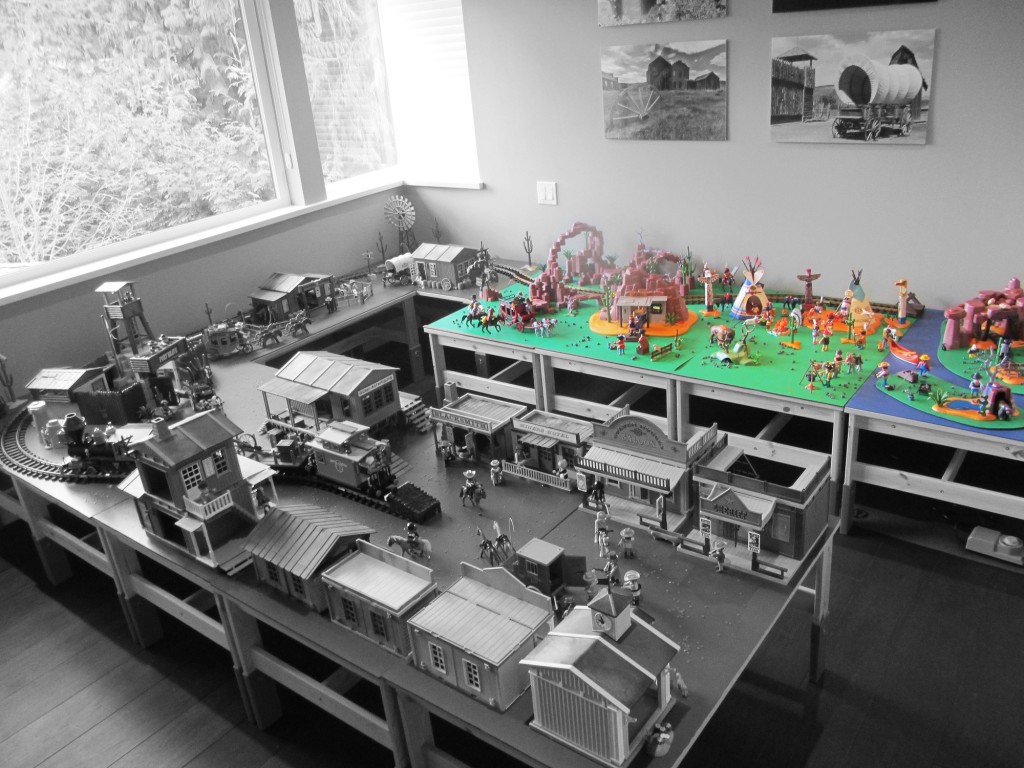 Other Projects in the Western Play World

Western Town Located in a central region and at the end-station of a primary railroad,… Frontier Fort, Ranch & Stagecoach Chase A short ride south from town sits Fort Brave occupied by union soldiers…