A short ride south from town sits Fort Brave occupied by union soldiers that mostly guard access to the Western Town. The fort sees a great deal of activity as troops are sent out several times a day for regular patrols of the plains. Cannons are also frequently deployed, mostly as a precautionary measure, when there is news of bandits and other threats.

Within the vicinity of Fort Brave’s patrol routes lies Snake River Ranch, operated by a family with a long history of raising horses. In addition to stables for the horses, the ranch property also includes a small farming ground. Snake River Ranch has been rumored to be the site of several questionable incidents involving illegal trading and bartering activity. While the soldiers of Fort Brave watch over the ranch during their patrols, they also keep an eye out for any suspicious activity around its property.

Near Snake River ranch is the Riverdale Train Station, where those who either travel to or arrive from further west can catch the Pacific Railroad train. While the eastern routes are somewhat protected by the presence of union soldiers, heading north unguarded from Riverdale Train Station is not recommended. This route takes travelers into the Red Rock Plains, a notorious hang-out for bandit gangs and highwaymen who regularly raid stage coaches and wagons that carry supplies or even gold from the nearby mines. 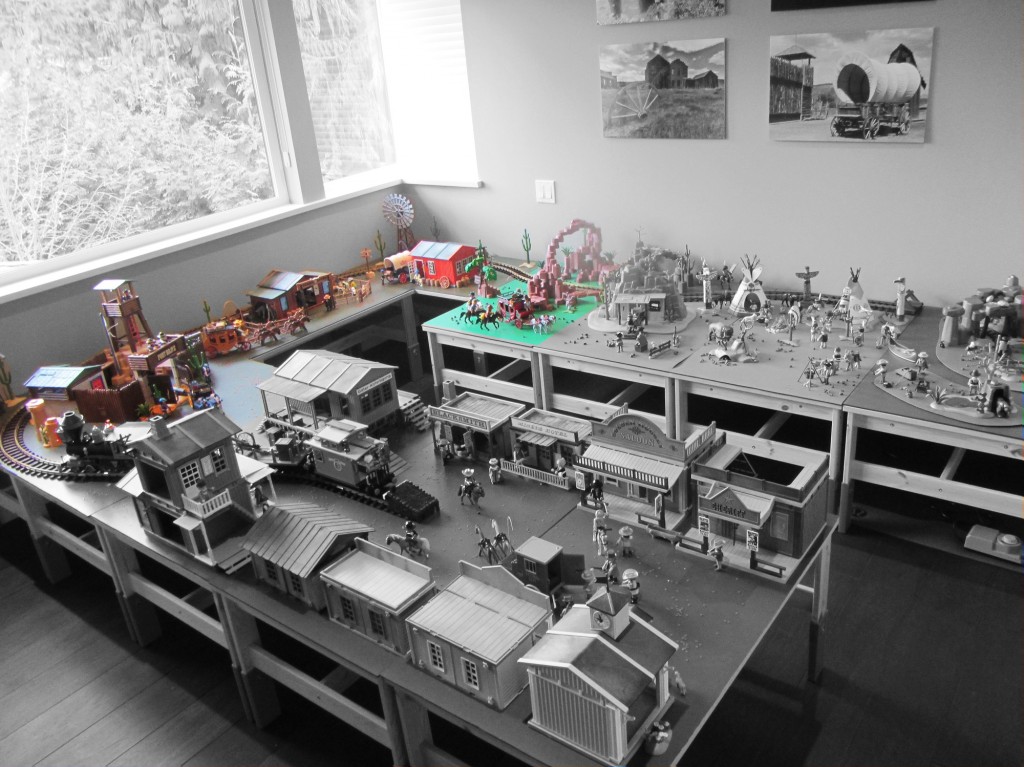 Other Projects in the Western Play World

Western Town Located in a central region and at the end-station of a primary railroad,… Gold Miners & Indian Village On the north side of the Red Rock Plains lies an Indian Village…