On a distant continent lies the large Asian Knight kingdom, an empire that continues to expand through both conquest and diplomatic negotiation. One means by which the Asian Knight kingdom continues to branch out into new regions is by establishing remote military outposts. One such outpost is located on a small island in the south eastern part of Dragonland, where Asian settlers built two primary towers as a foundation of their small community. The outpost and its surrounding property are ruled by the Red Princess, an experienced military leader who has commanded several outposts in other regions. The Red Princess oversees all aspects of her community and its inhabitants, which include villagers, knights and dragon lords – essentially, human-like creatures with dragon-like features. These highly intelligent beings occupy commanding positions throughout the Asian Knight military. Through the use of a powerful artifact that emits bluish fire they are able to use portal magic to transition between outposts and their homeland.

The Red Princess has been utilizing some of her knights who specialize in stealth and intelligence gathering to survey the surrounding areas of the outpost’s island. Based on their observations of the on-goings between the Lion Knight and Falcon Knight armies, they predict that there will soon be a major battle between the two. This is seen as an opportune time to execute an ambush raid of the Falcon Knight castle, as it will be vulnerable. Four dragon lords are called upon to help organize the attack, which is then carried out. The Asian Knight battle ship is used to transport the Red Princess, a dragon lord and a brigade of knights to the shore of the Falcon Knight kingdom.

Landing near the boat is a large, orange Asian dragon. This is one of two combat dragons that are part of the Asian Knight army. The other, an even larger black dragon, lives on a small island near the outpost. It’s fire-breathing habits are considered too dangerous for it to reside closer to the outpost village. Its keeper, a senior knight wearing black and red armor, lives on the island with the dragon. A dragon lord is currently also on that island, waiting for the signal to release the great black dragon so that it can join the other troops in battle. The knights depart the boat, make their way through the forest and begin assembling to the south east of the Falcon Knight castle. From there, they observe current activity and wait to make their move. 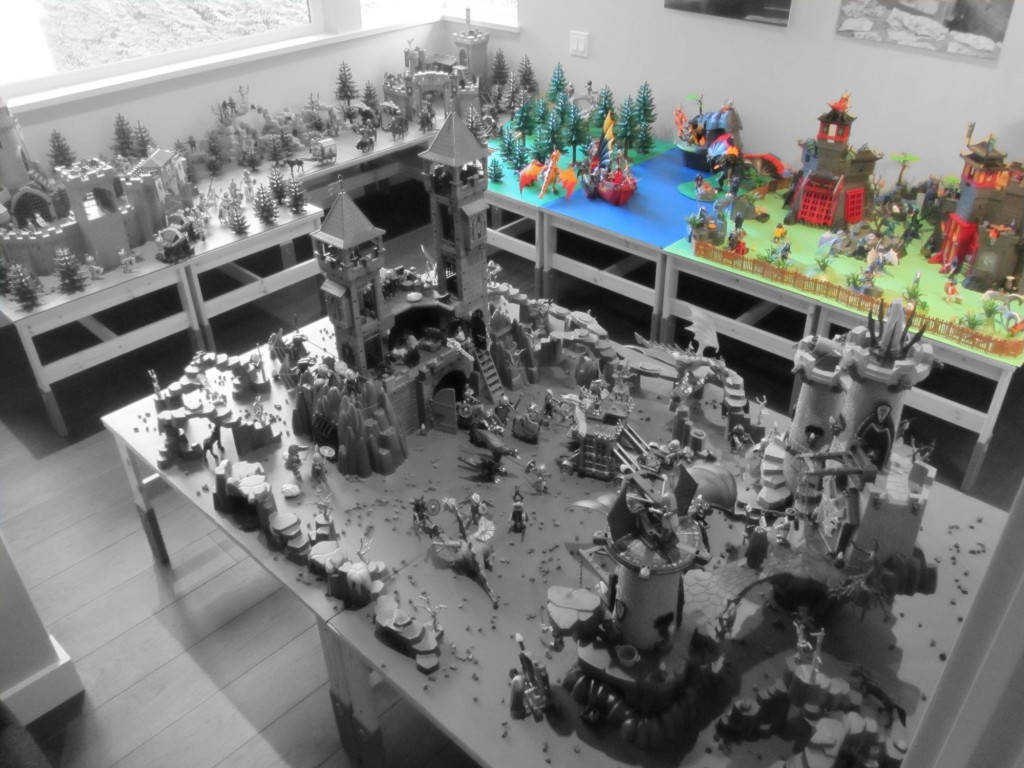 Dragon Knight Feud In a distant realm there lies a desolate and treacherous land. Its… Lion and Falcon Knights Battle The Lion Knight empire was traditionally a dominant presence in these lands,…